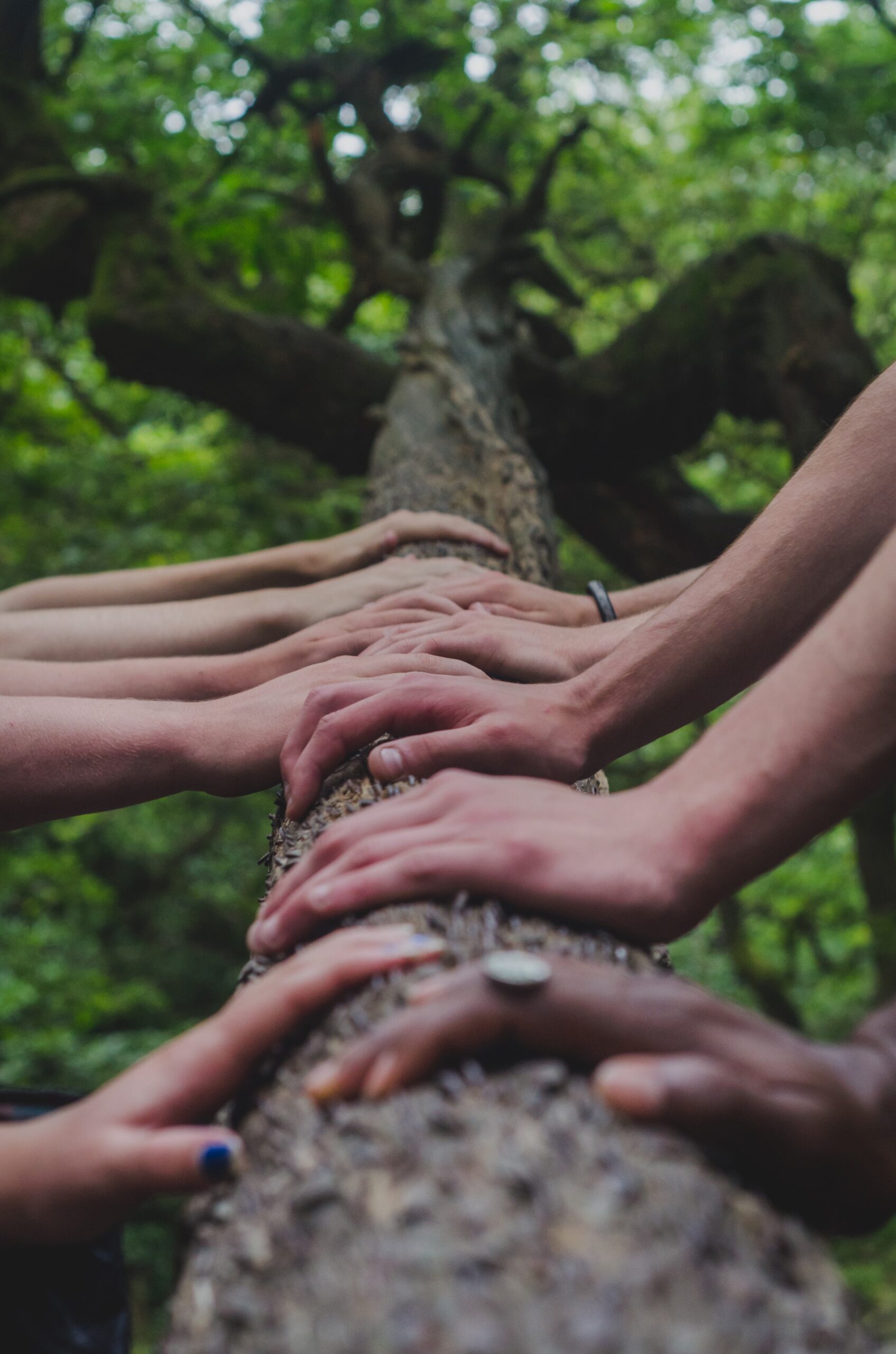 Terry Minger is a pioneering civic and nonprofit leader with decades of experience across industries and sectors. He served as president and CEO of the Center for Resource Management, a nonprofit dedicated to environmental problem-solving and sustainability since its founding in 1981 by Robert Redford. Terry has served as President and CEO of Sundance Enterprises, a resort, ski area, and international conference center and film and fine arts community; as President, CEO, and developer of Whistler-Blackcomb Resort; as Deputy Chief of Staff to Colorado Governor Richard Lamm; as Assistant City Manager in Boulder; and as City Manager of Vail for a decade.

Terry has written two books on the impacts of growth and development in the Rocky Mountain West, as well as Greenhouse Glasnost. He has served on the boards of the Piton Foundation, Stapleton Foundation for Sustainable Urban Communities, Water Watch Partnership, Vail Leadership Institute, Rocky Mountain PBS, and more. He co-founded Leadership Vail Valley.

Buck is a local business entrepreneur, backcountry guide, and a leading voice in the fields of leadership, personal development, and environmental sustainability. He is an owner and founder of Paragon Guides, one of Colorado’s premier guide services providing quality outdoor adventures and corporate learning environments. Buck designed the company to represent a consortium of guides who have a personal and professional commitment to the guiding profession while connecting people to mountain environments.

Buck is a certified Coach and Facilitator, and he served as chair and board member of the Walking Mountains Science Center, the 10th Mountain Hut Association and the dZi Foundation of Nepal. He was a founding trustee of the Vail Leadership Institute and has been active in the Vail Valley for decades as a citizen, leader, and philanthropist.

A native of Colorado, Buck studied Comparative Philosophy and Religion at the University of Colorado Boulder. He and his wife, Holly, enjoy the Colorado mountains with their extended family of children, spouses, grandchildren, and a herd of llamas.

John is Managing Partner at Inspirational Works, a publishing company, and author of several books: The Leader’s Journal; The Vail Way—The Making of a Community; A Journey Toward Surrender; When Called to Serve: A Family’s Struggle over Vietnam; and most recently, The Spiritual Path of Purpose (forthcoming).

Following service in the Navy, he was appointed Controller at the Kirkwood Resort in California, Marketing Director at the Keystone Resort, and then Vice President of Marketing for Vail Associates. As founding president of the Vail Valley Foundation, John helped establish the American Ski Classic, led fundraising efforts for the Ford Amphitheater, and started the World Forum, chaired by former President Gerald R. Ford. He also led Vail’s efforts to secure the 1989 World Alpine Ski Championships and served on the Organizing Committee for the 1989 and 1999 events. As Interim President for the Beaver Creek Arts Foundation, John led the effort to raise more than $21 million for the Vilar Center for the Arts. Later, he ran East West Marketing and then became founder and President of the Vail Leadership Institute.

After graduating from the U.S. Naval Officer Candidate School, he became a decorated veteran of Vietnam service. He holds a Certificate as a Professional Leadership Coach from the Hudson Institute of Coaching. He is past chairman of the Vail Resort Association and has served on the boards of Colorado Ski Country USA, Vail Valley Foundation, and American Leadership Forum. He is past chair of Vail Christian High School and was named “Vail Valley Citizen of the Year” in 1994. John lives in the Lake Creek Valley with his wife, Pam. They have two grown children.

Gregg is an award-winning author, speaker, and executive working in personal development and leadership. He’s worked at market-leading ventures across industries and sectors. He runs Gregg Vanourek LLC (a personal and leadership development venture) and teaches executive programs at the Stockholm Business School (and formerly University of Denver). Gregg was a tech startup executive at K12 Inc. (now a market leader with $1 billion in sales) and co-founded New Mountain Ventures (developing entrepreneurial leaders).

Gregg is co-author of three influential books, including LIFE Entrepreneurs: Ordinary People Creating Extraordinary Lives (a clarion call for infusing our life with passion and purpose) and Triple Crown Leadership: Building Excellent, Ethical, and Enduring Organizations (a winner of the International Book Awards). His writing has appeared in or been reviewed by Fast Company, BusinessWeek, U.S. News & World Report, New York Times, Entrepreneur, Inc., Harvard Business blogs, and more. Gregg has given talks in many countries, including a TEDx talk in Stockholm. He was Vice Director of the Entrepreneurship and Innovation Management Program at KTH-Royal Institute of Technology in Stockholm, and Vice Center Director for the award-winning Stockholm School of Entrepreneurship at KTH. He served as Chairman of the Board of SE Forum (a global social entrepreneurship accelerator) in Stockholm.

Art is Principal of Currier & Associates, working with entrepreneurs to establish the plans, systems, and strategies for growth. His experience includes management positions with global Fortune 500 companies, fast-growth startups, and associations. He was the vice president of marketing for Welch, Currier, Smith (advertising agency) and Ransom Environmental Consultants. With Jalbert Productions, he was the executive director of Official World Cup Films, including the 1992 Winter Olympic Games. As the owner of First Team of Specialized Marketing Resources, his team played a significant role in the startup or growth of more than 15 organizations and companies. He received a B.S. in Engineering Management from Norwich University and an MBA from Cornell University.

Art is a Vietnam veteran who served as a captain in the U.S. Army. He served as founding trustee of the Vail Leadership Institute, a founder of the Greater Newburyport Eco Collaborative, board member of Kids as Peacemakers, founding trustee of the Carrabassett Valley Academy, founder of the Triton School-to-Career Partnership, and past president of Newburyport’s Education/Business Coalition. He was a board member of the International Skiing History Association, founder of Storm Surge, and a co-founder and current Chair/President of the Alliance of Climate and Environmental Stewards (ACES).

With two grown sons, Art and his wife, Sharon, live in downtown Newburyport. He enjoys fishing, hunting, boating, skiing, and traveling in the great outdoors.

Richard serves as Purpose Ambassador for the Vail Alliance. Internationally bestselling author, coach, and keynote speaker, Richard has pioneered the way we answer the question, “Why do you get up in the morning?” Widely viewed as a pioneer of the global purpose movement, his work is featured regularly in many media sources including PBS public television and NPR public radio.

Richard is the founder of Inventure—The Purpose Company. He is ranked by Forbes as one of the top-five most respected coaches and is a contributing author to many coaching books. He has written eleven books, including three best-sellers, which have sold over a million copies and have been translated into 20 languages. Repacking Your Bags and The Power of Purpose are considered classics in the personal growth field. His latest book, Who Do You Want to Be When You Grow Old? makes the case for a new kind of elderhood and the value of purposeful aging.

Richard holds a master’s degree in Counseling and is a National Certified Counselor, and a National Certified Master Career Counselor. Richard is a Senior Fellow at the University of Minnesota’s acclaimed Earl E. Bakken Center for Spirituality and Healing and is a Public Fellow at the Notre Dame Institute of Advanced Study where he also partners with their Inspired Leadership Initiative and the Office of the Provost. For over thirty years, he has led Inventure Expedition walking safaris in Tanzania, where he is on the board of the Dorobo Fund for Tanzania. Richard has addressed more than two million people worldwide in his speeches. He and his wife, Sally, live in the Minneapolis area. Take a look at Richard’s latest blogs.

Sarah served as Executive Director of Kravis Leadership Institute and visiting professor in Claremont McKenna College’s Psychology Department, where she taught courses in leadership and social innovation. She was recipient of “Faculty Member of the Year” when she taught at the Peter F. Drucker and Masatoshi Ito Graduate School of Management, part of Claremont Graduate University. She co-edited the book, Improving Leadership in Nonprofit Organizations, and she has written book chapters and a case study.

Sarah is a certified practitioner and member of the advisory board of the Connective Leadership Institute and certified life/organizational coach with Hudson Institute of Coaching. As founding Executive Director, she led the Leadership California startup, a statewide leadership development/educational program for California’s women leaders. Always active in community, she is a trustee at New Mexico School for the Arts in Santa Fe. 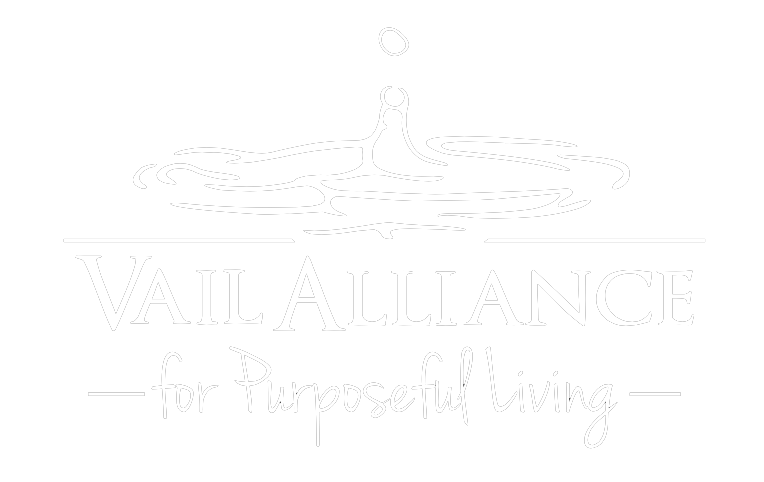